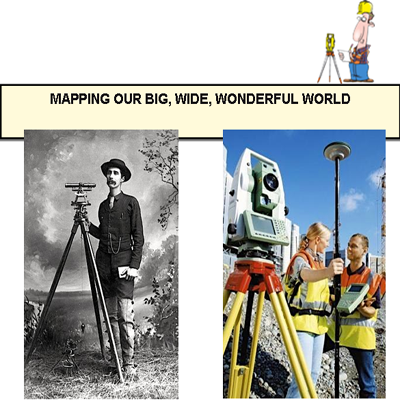 As Figure 1 indicates, the Russians offered to sell the Americans Soyuz missions with 15,400-pound payloads for $12 million each.  On such a mission, the delivery cost for each pound of payload would have been only $780, or about 1/6th the comparable cost of the American Delta II booster.  In my opinion, we should have bought 1000 Soyuz boosters. Instead, we put severe restrictions on the use for boosting American satellites into space.   In my view we lost a golden opportunity.  But, actually, chemical rockets – Soyuz, Delta II, the shuttle transportation system – are the problem, not the solution.  So what is the alternative?   Satellites Without Rockets As I have often told my students in my “Launch and Orbital Mechanics” short courses:  “There is nothing wrong with the space program that the elimination of chemical rockets wouldn’t cure.” Chemical rockets are dirty, dangerous, fragile, unreliable, and horribly expensive.   A simple mathematic derivation shows that a typical multistage rocket of modern design wastes about 97-percent of its energy accelerating propellants it’s going to burn later.  If cars were similarly inefficient, few people would want to own one.   Is there a better way to launch payload into space?  In my 4-day short courses on “Launch and Orbital Mechanics”, held at key locations around the country, I list and discuss 30 alternatives to chemical rockets.  These include solar electric propulsion, laser-powered rockets, maglev boosters, nuclear powered rockets, tethered satellites, and skyhooks (space elevators).  These alternatives, implemented in the proper combination, could revolutionize the way future generations conduct large-scale operations and do business in space.   What If the Space Shuttle Engineers Had Designed My Car? Many times, over the years, I have taught at Vandenberg Air Force Base in California where satellites are launched into near polar orbits.  Vandenberg is 175 miles from my home in Seal Beach, California.  It is one of the few short-course locations I drive to in my car.  Mostly I fly to the various locations where the courses are offered.   A few years ago, I was driving back home from Vandenberg Air Force Base when an interesting question occurred to me:  “What would my car be like if the engineers who designed the space shuttle orbiter had designed it?

When I got back to Seal Beach, I kludged together Figure 2.  Study its contents to see how incredibly inefficient the shuttle transportation system turned out to be. Notice, for example, that only 1 percent of the lift-off weight of the shuttle transportation system is useful payload that ends up being left in space.  If my car had been designed with similar payload-carrying capabilities, it would be able to deliver only one 21-pound briefcase to Vandenberg or any other destination 175 miles away.   Expendable rockets are not much more efficient.  On a typical mission only about 2.5 to 3.0 percent of their lift-off weight is useful payload.  Isn’t it becoming abundantly clear why there’s nothing wrong with the space program that the elimination of chemical rockets wouldn’t cure?”

Watching an Apple Falling from a Tree

In 1665, Isaac Newton left Cambridge University and returned to his hometown of Woolsthorpe to escape the worst ravages of the Black Plague. Safely back among familiar surroundings, he made landmark discoveries that have provided us with precisely the keys we needed to conquer space.

Although the young Newton had reportedly been a mediocre student in the early grades, his powerful intelligence asserted itself even before he reached his teenage years. When he was still a tow-headed youngster, for instance, he managed to construct a charming little windmill backed up by one mouse-power so it could go on turning when the wind refused to blow. Later, he made a paper kite rigged to carry a small lantern high above the British countryside. The people of Woolsthorpe had never before seen flickering lights floating across the nighttime sky, so the young Isaac may have been responsible for some of the earliest sightings of UFOs.

At the age of 23, while relaxing on his mother’s farm, Isaac Newton, by his own account, saw an apple falling from a tree. That simple incident caused him to wonder why apples always tumble down. That apple tumbled down toward the ground while the pale August moon continued to sail contentedly overhead. Soon he theorized that the force of gravity tugged on apple and moon falls off systematically with increasing altitude in the same way a light beam dissipates as we move farther away from its source. Double the distance and its intensity falls of by a factor of 4.

Thus, by Newton’s reckoning, the force of gravity pulling on the moon should be about 1/3000th as strong as the gravity we experience at the surface of the earth. In 1 minute, he soon calculated a falling apple would be pulled downward about 10 miles, but the moon would fall toward the earth only about 16 ft. During that same 1-minute interval, the moon’s orbital velocity also carried it sideways 38 miles. Consequently, its horizontal and vertical motion combine to bring it back onto the same gently curving circular path over and over again.

Isaac Newton figured out how gravity works because of a fortunate encounter with his mother’s favorite apple tree. Armed with only his inverse square law of gravitation, three deceptively simple laws of motion, and one of the most powerful intellects that ever pondered anything, Newton quietly set about to unravel the hidden secrets of the universe.

1 file(s) 7.62 MB
Download
Using Wounded Dogs to Navigate Ships on the High Seas Finding the latitude of a sailing ship can be surprisingly easy: sight the elevation of the Pole Star above the local horizon. Finding longitude turns out to be quite a bit harder because, as the earth rotates, the stars sweep across the sky 15 degree […]

Using Wounded Dogs to Navigate Ships on the High Seas

Finding the latitude of a sailing ship can be surprisingly easy: sight the elevation of the Pole Star above the local horizon. Finding longitude turns out to be quite a bit harder because, as the earth rotates, the stars sweep across the sky 15 degree every hour. A one second timing error thus translates into a 0.25 nautical mile error in position. How is it possible to measure time on board a ship at sea with sufficient accuracy to make two-dimensional a practical enterprise?

One 18th century innovator, whose name has long since been forgotten, advocated the use of a special patent medicine said to involve some rather extraordinary properties. Unlike other popular nostrums of the day, the Power of Sympathy, as its inventor, Sir Klenm Digby, called it, was applied not to the wound but to the weapon that inflicted it. The World of Mathematics, a book published by Simon and Schuster, describes how this magical remedy was to be employed as an aid to maritime navigation.

Before sailing, every ship should be furnished with a wounded dog. A reliable observer on shore, equipped with a reliable clock and a bandage from the dog’s wound, would do the rest. very hour on the dot, he would immerse the dog’s bandage in a solution of the Power of Sympathy and the dog on shipboard would yelp the hour.

As far as we know, this intriguing method of navigation was never actually tested under realistic field conditions, so we have no convincing evidence that it would have worked as advertised.